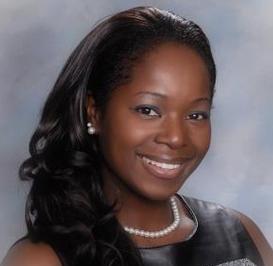 Sabine Simon is the Founder and CEO of Haitian American Inspired to Influence, a new start up launched in 2015.  Born and raised in Haiti herself, she was inspired with an insatiable urge to serve students in low income communities to rise up to the opportunity to become influential in their capacity by being educated through workshops, seminars, conferences and community activities where they can achieve the triple EEE: envision a better future, embrace opportunities to create it and empower themselves with the right tools and resources to produce results.

Sabine first attended Berkeley College where she earned her Associate’s degree in International Business.  She also earned her B.A. and M.A. in Social Science with a concentration in Social Justice at Kean University and is a past Recipient, 2014 of the International Sociology Honor Society- the Eta Chapter of Alpha Kappa Delta.

She has volunteered with countless organizations both for profit and non-profits providing cross-functional project management leadership expertise.

She is the author of "DAZZ & ALL THAT JAZZ" and also serves as a Media Director at her home church ALFWC in New Brunswick, NJ.